An Internship with Impact: Working as a Trainee Curator at Bodmin Keep

After months of applying for entry level jobs in the museum sector, between shifts stacking books in a library and pulling pints at a pub, I was finally offered a curatorial traineeship at a small military museum. Leaping at the opportunity, in January 2020 I uprooted my life in South London and moved to Bodmin, Cornwall. Once I had gotten over the shock of hearing owls outside my bedroom window and seeing tractors driving on the road, I was ready to throw myself in to my new life and new job. 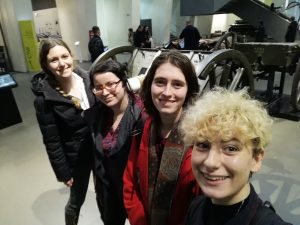 The ‘Trainee Curators’ programme was funded and organised by Cornwall Museums Partnership. There were five of us trainees in total, all placed in different museums across the county. Bodmin Keep: Cornwall’s Army Museum was my host organisation. Run by a dynamic team of motivated and characterful women, Bodmin Keep completely defied my expectations of a rural regimental museum. Whilst working there, I was not only gaining curatorial experience, but the team ensured that all doors were open. I was invited into strategic planning meetings and encouraged to ask questions relating to governance, learning and engagement, and marketing and communications. 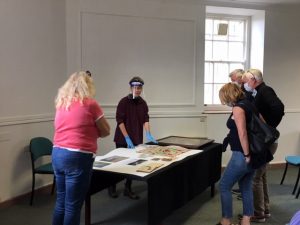 The team at the Keep were enthusiastic about my ideas to embark on projects that would diversify our museum displays and digital content. For example, I participated with a podcast the museum produced which explored the Army’s LGBTQ+ history. I pitched an idea for a new display which interrogated some of the colonial collecting stories behind some of the objects in our collection. I launched a mini-series of videos which looked at artworks within our collection using the principles of mindfulness. But the project which really captured my attention was the opportunity to curate an exhibition of my own. The topic: mental health in the military.

The subject of mental health and psychiatric casualties of war is woefully underrepresented in military and regimental museums, despite being one of the most crucial issues for veterans and service personnel today. Bodmin Keep has a significant community presence and a platform to make a change. I hoped that an exhibition could raise awareness of the mental health challenges faced by the military family, myth-bust, encourage empathy, challenge social stigma, and encourage veterans and other members of our local community to access support if they need it. I also hoped that an exhibition on mental health could challenge entrenched ideas about regimental museums as being too conservative or irrelevant to the issues of today’s society, inviting attention from new audiences. 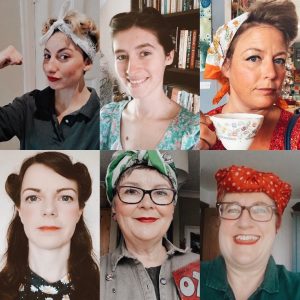 The exhibition has been collaborative in nature. I was keen to work with veterans within our ex-Light Infantry community, for whom we hold the regimental collection. I have had the opportunity to work with some fascinating people, who have been donating objects and stories to the exhibition. Navigating these relationships was challenging at times, given the sensitive and emotive nature of the topic. However, the experience was rewarding and has offered me an insight into the power that museums have over the way in which histories are told and who’s heritage gets remembered. 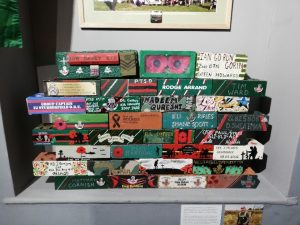 A display within Bodmin Keep’s new exhibition about mental health: Trauma to Treatment

My time at the Keep has come to an end, but I have the privilege of moving onto a new role which I never would have thought was within reach this time last year. I will be taking up the post of Assistant Curator at the Military Intelligence Museum, in Bedfordshire. My experience at Bodmin Keep has not only hugely improved my skills, but it has given me the confidence to turn a career ambition into reality. I can now call myself a curator; something that has been a dream for many years now.

My traineeship has given me so much, but I feel that I have also left my mark on the museum in return. I have undertaken many museum internships in the past, most of which have involved staring into space in empty galleries for hours or acting as a human coat rack. However, a traineeship which enables the trainee to leave a genuine impact on an organisation is very special, and I encourage any entry level museum professional to seek these out. Even if it does mean moving somewhere a little bit unexpected.

Pre-book your visit to Bodmin Keep, or go to our website to see Trauma to Treatment, our new exhibition about mental health in the military.