Argh Kenedhlek Kernow - Behind the Zine

In this blog Graphic Designer Lesley-Anne Harris of Little Bird Creative shares the story of Argh Kenedhlek Kernow, a full-colour Zine designed and created to share an exploration of Cornish Identity by Citizen Curators.

In 2017 the pilot for Citizen Curators began. Based at the Royal Cornwall Museum, an initial group of five embarked on a learning programme designed to open up museum work to new audiences. Using the museum’s fine art landscape collections they created “Hireth” – a display that explored the idea of Cornish identity. 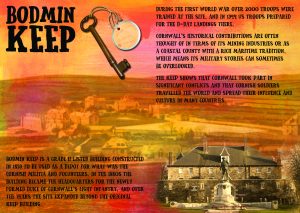 Alongside specific museum-based projects, the Citizen Curators worked on The Cornish National Collection. Following in the footsteps of “Hireth” and as a response to Cornish being recognised as a National Minority, there were lively debates around what “Cornishness” is or isn’t and how it could be represented. All Citizen Curators were invited to submit things they felt reflected Cornish identity and these submissions were not restricted to being museum objects – film, music, buildings and even concepts and experiences were nominated, building a picture of a diverse modern Cornishness. 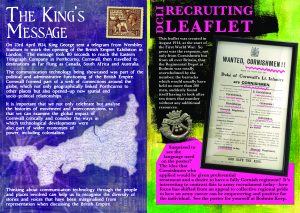 It was clear that the Cornish National Collection, which came to be known as Argh Kenedhlek Kernow (Cornwall’s National Ark) needed to be preserved and presented in a way that embraced this range of concepts. The idea of creating a “zine” seemed ideal – something resembling a scrapbook free of imposed order or theme – that pulled the submissions together whilst still allowing them to be independent of each other. 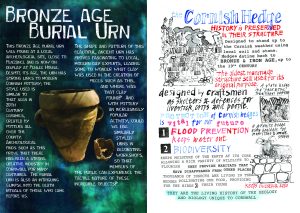 Carolyn interpreted several of the submissions with beautiful hand-drawn illustrations and text. Her collage style pages are filled with character and give the feeling of flicking through a journal filled with someone’s personal thoughts and reflections. My pages all began life as a series of hand-painted sheets of paper which were then scanned and worked on digitally. Layers of texture, photos and text were built up over the course of the process and many of the pages feature archive photographs supplied by museums throughout Cornwall and Kresen Kernow.

Argh Kenedhlek Kernow represents the ideas and input from a diverse range of people and seeks to paint a picture of a complex and vibrant Cornish identity that draws on its past, celebrates its present and looks forward to its future. The passion and enthusiasm of everyone involved has created something very special that I’ve been honoured and delighted to be a part of.

The second half of our Inclusives Network Meeting

💚 It's #mentalhealthawarenessweek and some of t

🎠 As demonstrated so beautifully by our Engagem