Having worked for Cornwall Museums Partnership for six months now, some people would say I’m fully settled in and some may argue that I’m still fairly new, and to be honest I don’t know which bracket I fall into as the job itself varies according to the needs of the charity. I know it sounds cliché, but I do learn new things (almost) every day.

Friends, family and other apprentices at college are always asking, “What is it EXACTLY you do?” and I can’t even answer that myself. A colleague described the role as “the glue that holds CMP together”, but I see myself as more of the chameleon of CMP as I like to think that I can adapt to whatever is needed of me. One day I’m processing invoices, the next I’m on the other side of Cornwall setting up remote-control army tanks at Cornwall’s Regimental Museum.

The office itself fluctuates several times a day in that one minute it’s a loud, busy office with phones ringing left, right, and centre and the next it’s like a library, with the occasional odd noise from Krowji residents. Visitors pop-in most days and it’s never the same people in on any two days which considering nine people work here is amazing.

People also ask how it is being in an office full of women, to which I always say I’d work the same way if it was full of men, it makes no difference and on first thought you’d think there wouldn’t be much we have in common/to speak about, but you’d be mistaken. I think the introduction of my World Cup sweepstake sums this up, in that one thing that may seem out of place at first glance, isn’t.

To the outside person reading this CMP must sound like a chaotic place, and it is, but it works. Everyone in the office is always busy but there is always time for a tea and coffee break, and for someone who doesn’t drink tea or coffee, and has never had an office-type job, it never ceases to amaze me how much usage the kettle gets.

In conclusion, I look forward to the next six months of working with CMP and I hope I put as much value into the charity as I have gained from it. 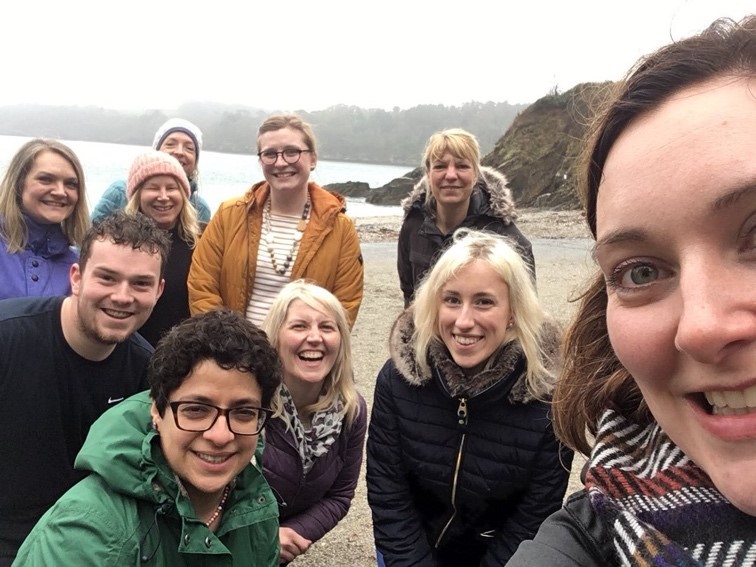