The Old Guildhall Museum and Gaol in Looe has been busy in lockdown developing an augmented reality experience as part of the CMP wAVE Project. This experience follows the imagined journey of a monk and a pilgrim on Looe Island, once home to a Benedictine chapel built in 1139. Visitors will use tablets to hover over a 3D wooden map of the island and activate projected scenes from the story. They can choose characters to talk to as they find out more about the monks who lived on the island, whilst collecting ingredients to create a tincture for a fellow sea-sick pilgrim. 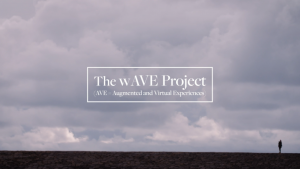 But as well as the Looe Island model, the museum was also able to commission an Immersive Exhibition Cabinet telling the stories of smuggling and asking whether it was ‘Right or Wrong’, as well as showing a timeline of Looe Island and how the sea levels are changing. The members of our team working on the wAVE project recruited PLB, an exhibition design agency to build this; we have been delighted with their design and creative detail and the team has been involved in a lot of research for this project.

The history of Looe Island, especially the smuggling aspect, has always fascinated our visitors. Many legends have grown up around smuggling and one of the most fearsome stories is that of the last smugglers to live on the island – Amram Hooper and his sister Jochabed. Jochabed behaved in a manner expected of a man of her time rather than a young woman, she could row a boat, smoked and swore, and would even use her fists to great advantage when the occasion required. She wore a man’s hat, a blue knit frock and sea boots; her skirt was always rolled up and fastened above her knees and even the Revenue Officers did not care to come to close quarters with her!

The famous painting in Looe’s Guildhall, ‘Arrest of the Smuggler in East Looe, 1820’, painted by John Robertson Reid is said to show Amram Hooper and Jochabed, and in the background there is a mysterious dark figure watching. It is thought this could be Joan Finn, another famous Looe smuggler. 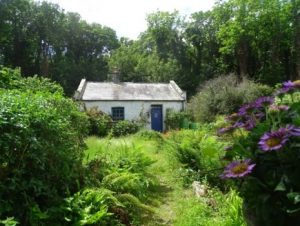 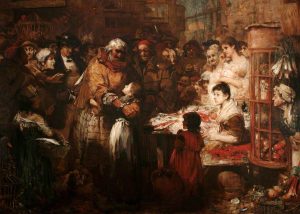 One of the best sources for details of smuggling activities in the area is the work of Commander H.N. Shore, later Lord Teignmouth. One particularly relevant account published in 1899 was an interview with an elderly former smuggler calling himself William Penaluna. His stories cover the 1830s in particular and feature a vessel called the ‘Daniel & William’, which plied her free trade between Guernsey, Roscoff and the Cornish coast, and actually mentions Looe Island. In his account, Amram Hooper and his daughter Tilda were said to have had 300 tubs dropped on Looe Island, which were hidden in secret hideaways known only to the family, and that it was three months before the goods could be distributed.

Another of our ‘Right and Wrong’ stories is about Thomas Fletcher, an Irishman who came to Looe as a coastguard in the 1830s. He married a local woman, raised a large family and then left the coastguard service to join Amram Hooper’s organisation. Here he used his in-depth knowledge of the coastguards to plan out his smuggling activities. He was given a walking funeral to his last resting place in Sclerder Abbey above Talland Bay.

One of our highlights of 2021 so far was the opportunity for five of the museum volunteers to record the voices for our ‘Right and Wrong’ characters, and the scripts provided by Rob Sherman were a joy to read. We hope that once the museum re-opens these will show our visitors how smuggling provided an ethical dilemma for many. 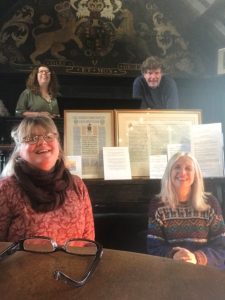 The Looe team researching the history needed for our smuggling project

The history of Looe Island itself dates back to prehistoric times and there have been many owners, including the Trelawny family. Sir Jonathan Trelawny was Bishop of Bristol, Exeter and Winchester, one of the Seven Bishops tried under James II in 1628, and the hero of the Cornish ballad ‘The Song of the Western Men’ known for the refrain ‘and shall Trelawny die’ written by R.S. Hawker.

In 1964 two sisters, Evelyn ‘Attie’ and Rosalyn ‘Babs’ Atkins, fulfilled their dream of living on an island by purchasing Looe Island, and then bequeathed it to the Cornish Wildlife Trust after they died. This nature reserve is now an important part of modern Looe, and their vision and hard work will always be remembered. 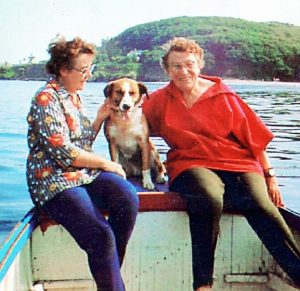 In February 2021 the museum were saddened to hear of the death of Barbara Birchwood-Harper, a former Curator at the museum, who had carried out so much research into the history of Looe, especially the smuggling that took place on the island. A plaque on our new Exhibition Cabinet will honour her memory and the importance of her research.