In the run up to the Cornwall Heritage Awards, 21 March, I have been visiting each of the shortlisted objects nominated for Cornish Object of the Year Award 2019 to hear from the staff and volunteers about the amazing stories behind the objects.

In this vlog I speak to Si Durrant, Trainee Curator at Wheal Martyn Clay Works, to hear about their object the ‘Spirit of Ecstasy’ Hood Ornament and Mould.

I have always been fascinated by the industrial heritage of Cornwall and the many different links that Cornwall has to industry all around the world. The story of this Rolls Royce icon and its accompanying Molochite mould is another great example, with Cornish clay (forming the Molochite mould) being influential in the present day aviation industry.

The Cornish Object of the Year Award 2019 is open to public vote, vote for your favourite object here.

Voting closes Midnight 12 Feb.
The winner will be announced at the Cornwall Heritage Awards, 21 March 2019.

The next vlog will feature Penlee House Gallery. 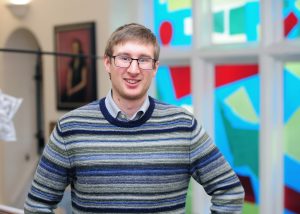