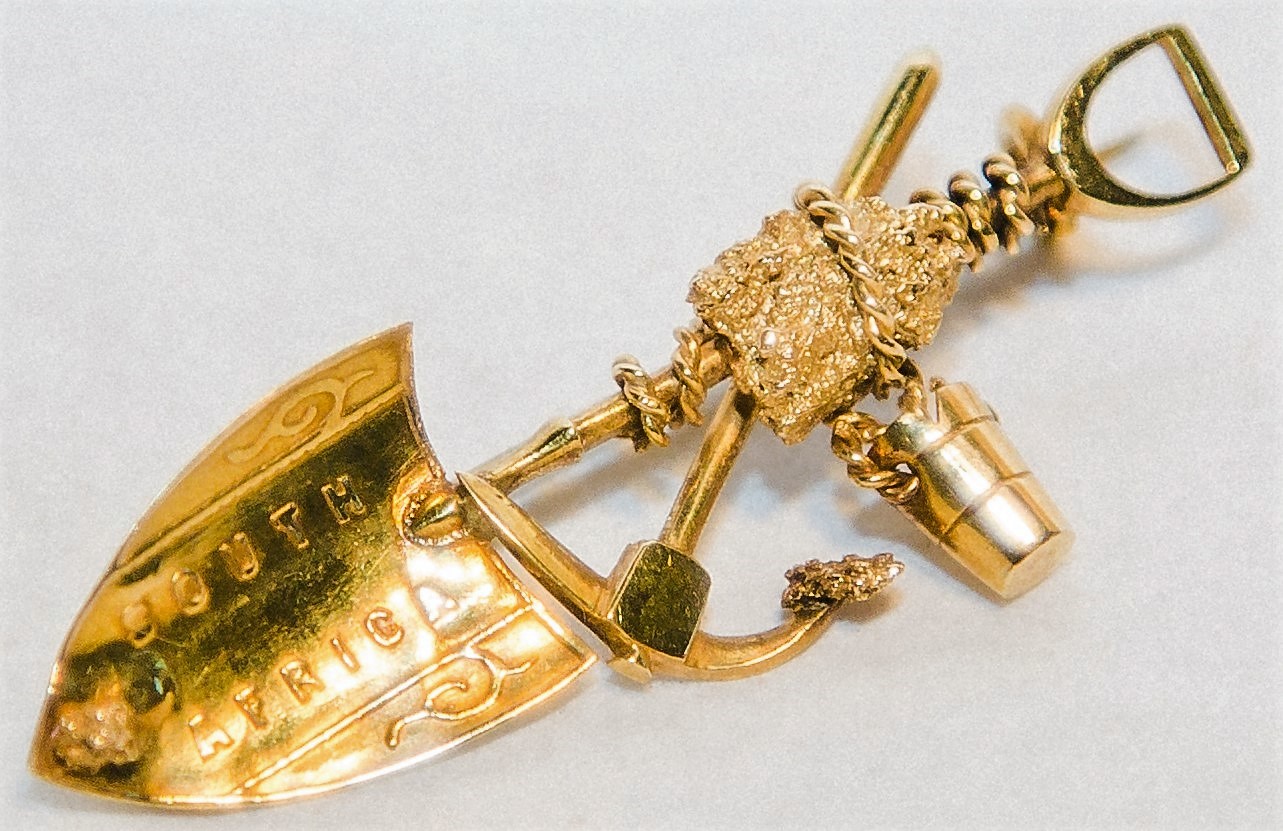 During the ‘Great Cornish Diaspora’, many Cornish went to follow the lure of riches in gold rushes internationally, which offered opportunities and developed a tradition of sending home remittances – money made from their endeavours desperately needed to support extended families in Cornwall. The more successful migrants also sent home artefacts, especially jewellery.

The ‘Cornish Miner’s Sweetheart Jewellery’ became a symbol of this separation and connection, perhaps sent to a mother, wife, or more likely a sweetheart. The most familiar of this jewellery found in Cornwall, is perhaps the pick and shovel gold brooch from the mines of South Africa. Such jewellery, in different styles, is found in other countries.

The Cornish Global Migration Programme at Murdoch House, Redruth says, ‘Our object is a beautifully presented brooch which is little over 4cm in length and features a shovel with a pick and dangling bucket joined together by a coiled gold rope. At the end of the pick and shovel there are gold nuggets. ‘South Africa’ is fashioned on the shovel and ‘8ct’ on the reverse. The original green velvet box has the jewellers’ name “W. Rode, Pritchard St., Johannesburg”. The item can perhaps be dated between 1890 – 1910.

Shortlisting judge Mark Trevethan said, ‘This is a very personal object that shows the reach of the Cornish yet the continued attachment to home and that mining tools were seen as attractive objects.’