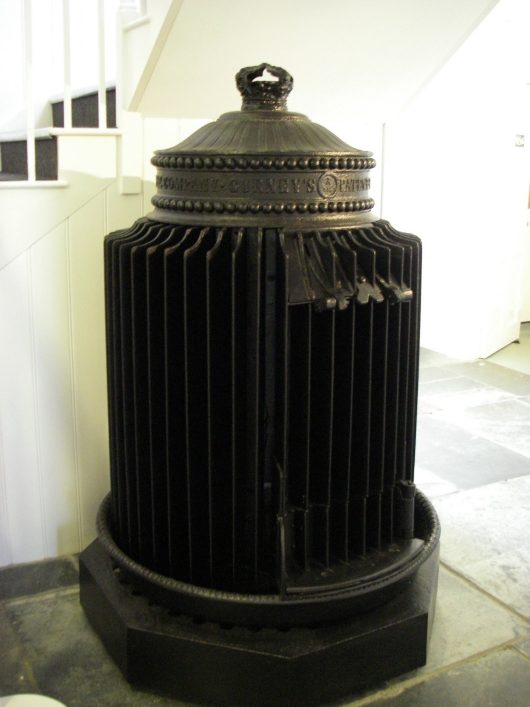 The Gurney Stove was an early type of radiator, which was invented by Cornishman Sir Goldsworthy Gurney. It was one of his most successful inventions.

The stove was unique as it rested in a trough of water, which transmitted heat as it evaporated. Another pioneering feature was the 24 cast iron fins that surrounded the stove, which further improved its performance. It is likely that Gurney’s design was the forerunner of the modern radiator.

The stove was installed into 22 cathedrals, including St Pauls and over 10,000 churches, schools, and government buildings across the country. There are still some working examples, that have been converted to gas, at Chester, Hereford and Tewksbury.

The Castle Heritage Centre says, ‘The fact that the stove was at the cutting edge of Victorian heating engineering and there are still examples in use today, demonstrates Goldsworthy Gurney’s genius. A true Cornishman, whose inventions were more often than not ahead of their time and still make an impact in modern Britain.’

Judge Mark Trevethan, Cornish Language Lead at Cornwall Council, said this is an ‘intriguing object that shows Cornish inventiveness and impact of Cornwall on the wider world.’