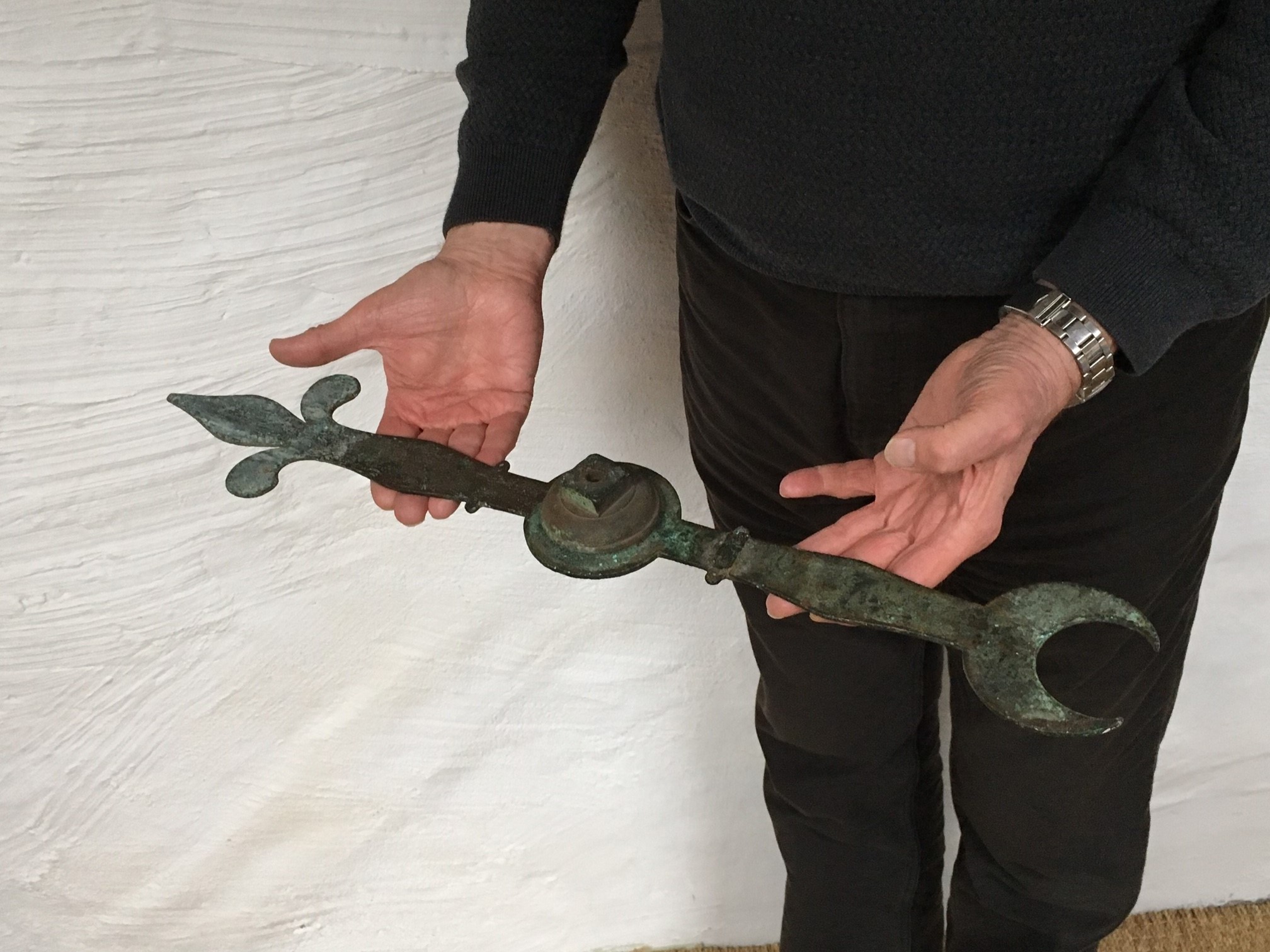 This is the original clock hand made of copper, which was used on the clock face on the tower of St Mary’s Church in East Looe. This church, which dates from the 13th Century, is a well-known landmark just a few metres from the beach.

The one-handed clock was presented to the church in 1737 by Henry Trelawney with the engraving, ‘The gift of the Hon. Edward Trelawney, the Bond Major 1737.’

The clock was made by John Belling of Bodmin. It was a turret clock and he only made two such clocks as most clocks by this period were two-handed ones.

In 1996, the clock was restored but the original copper clock hand was kept in the museum where it can be viewed.

The Old Guildhall Museum and Gaol says, ‘We feel this object is of special interest as it’s rare to find a single clock hand. Secondly,  it has a direct link to the famous Trelawney family. Also, the Belling family later went into making domestic goods such as the “Baby Belling” cooker.’

Shortlisting judge Mark Trevethan said this was a, ‘Deceptively simple object that is unusual and rooted in several aspects of Cornish history and industry.’