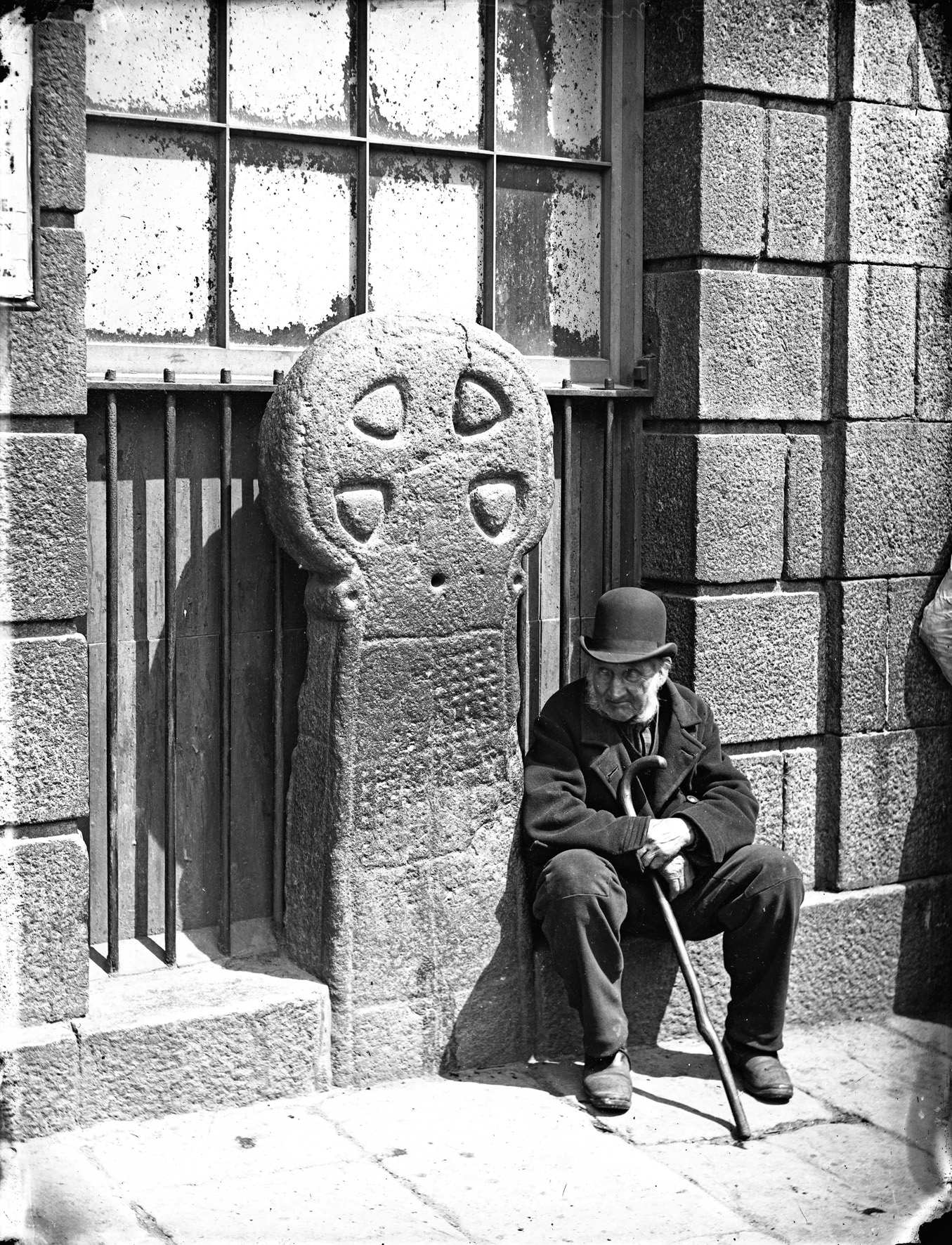 If Penzance’s 1000 year-old market cross could talk, it would tell some very interesting stories. It currently sits outside Penlee House in what is now its seventh location in the town. It is 7ft tall, weighs almost a ton, and was carved from a single slab of local granite – possibly from nearby Madron Carn.

In earlier times, the cross had some inscriptions on all four sides, but centuries of weathering and erosion mean that these designs are now hard to make out. Experts have different ideas about what the inscriptions mean. Professor Charles Thomas suggests that the inscription on the back of the cross reads ‘Procumbent in foris – Quicumque pace venit hic’ meaning ‘They lie here in the open whosoever comes hither in peace, let him pray for their souls.’

The inscription on the cross means that historians believe the cross originally stood in an enclosed cemetery close in Alverton, but later had several prominent locations in Penzance. Its original location is listed as Parkeancrowse (which means ‘the enclosed field of the cross’ in Cornish) in 1560 and 1589. The inscription on the edge has been read as ‘Regis ricati crux’ – ‘Cross of King Ricatus’. There is an image of a man with a very sad face, who is attributed as possibly being King Ricatus, who was thought to be a possible 11th Century Cornish King.

In the early 1800s, the cross was moved to the Greenmarket and again twice more, until it was taken to the Market house at the top of Market Jew Street. Later it was moved to Morrab Gardens in 1899 and then to Penlee Park in 1953, moving to its present location outside Penlee House in 1997.

Penlee House Gallery and Museum says, ‘Imagine all the different things the cross has seen, from its early mediaeval origins on the edge of a burial ground; the attack on Penzance, Newlyn, and Mousehole by a Spanish raid in 1595, a young Humphry Davy might have walked past it at the turn of the 19th Century; it would have withstood the bombing of Penzance during the Second World War and have been walked past by millions of people over its 1000 year history.’

Shortlisting judge Mark Trevethan, Cornish Language Lead at Cornwall Council, said it was, ‘A cross with its own personal history – but also representative of all the stone crosses in Cornwall and their changing role.’